Claude Reed Ratcliff Jr., age 74 breathed his last breath on this earth Sunday, January 5 and opened his eyes in the arms of his savior, Jesus Christ.

He proudly served his country in the Navy from 1963-1966 during the Vietnam War. Claude retired from Mead-Westvaco in Evadale after many of years of service in 2007.

Claude later became a Texas Certified Concealed Handgun License To Carry Instructor for the State of Texas. He taught and signed off on The License to Carry for hundred’s in Southeast Texas. In 2014 he was awarded The Firearm’s Program, Texas Law Shield, Beaumont Area’s Best. These two firearm programs were his passion, and he served them well.

Graveside services will be held Saturday, January 25, 12 noon at Hooks-Cravey Cemetery off FM 418 and Firetower Road in Silsbee. Everyone is welcome to attend.

In lieu of flowers the family asks if you so desire contributions be made in Claude’s memory to: Fisher House, Michael E. Debakey Veterans Administration Medical Center (MEDVAMC), 2002 Holcomb Blvd., Houston, TX 77030.

Subscribe and see the e-Edition of the Silsbee Bee for the complete story.
https://www.willyweather.com/tx/hardin-county/silsbee.html 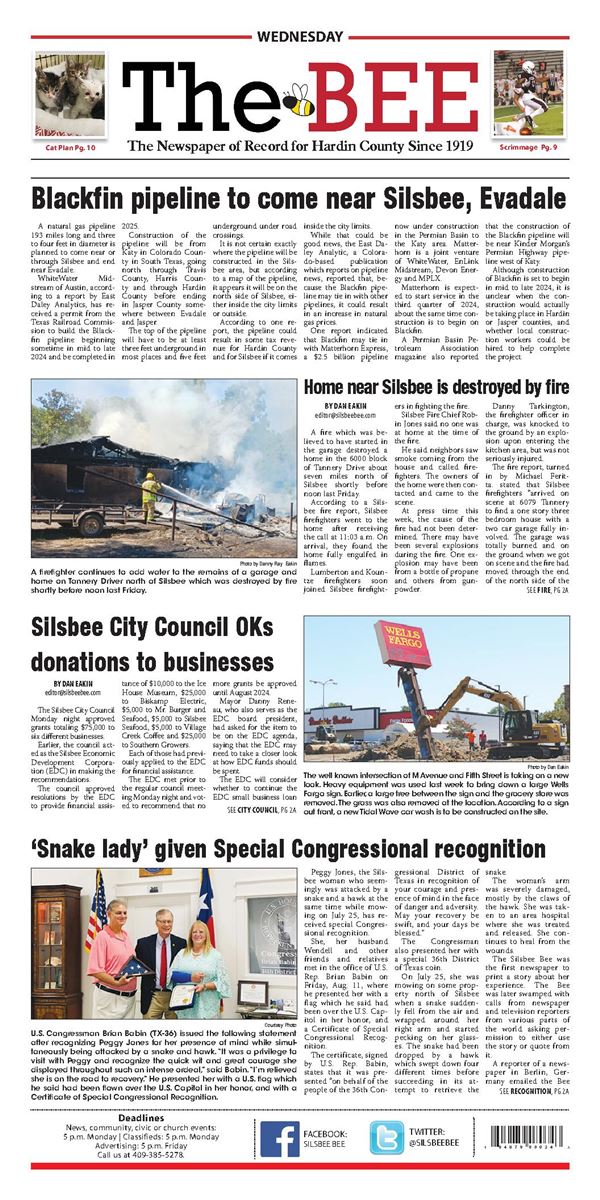